Hi, welcome to jerseybodyboarding.com. This website is all things bodyboarding. Based in the small Channel Island of Jersey, 14 miles from the French coast and 100 miles south of the UK, I've created this website to feature a variety of bodyboard related content, with the core centred around the local bodyboard scene. Hope you enjoy and don't hesitate to get in touch! Cheers Colin

Get the news right in your inbox!

2020 will be long remembered as the year the coronavirus pandemic swept the world. For the first time in Jersey’s history, people were ordered to stay at home when islanders were told by the Chief Minister that from 8.00 am on 30 March 2020, they could not leave their homes except for three reasons:

These reason could only be undertaken for a period of up to two hours including travel.

So what did this mean for surfing? Naturally surfers were quick to pigeonhole surfing in the exercise category, so of course everyone continued to surf. Later sea swimming or other open sea activities were added to the list of permitted exercise.

The pandemic first felt real when I travelled to El Salvador, via Toronto, late January. The short stop in Toronto was somewhat eerie, as this was the first time I witnessed people who were already donning protective masks. Then after landing in El Salvador, it took over an hour to through passport control, as the masked border control officer wanted to know chapter and verse about my recent movements. The officer then disappeared with my passport, which was shortly followed by pandemonium, as various officers paced up and down the terminal waving photocopies of my passport. I had no idea what was going on, but it was clear it was linked to coronavirus. Fortunately, I was eventually waived on through.

After returning home, it was not long before Italy was becoming the epicentre of coronavirus. It was obvious it was eventually going to impact us all. As someone with an underlying health condition, I personally took it upon myself to go into self isolation and began working from home a couple of weeks ahead of lockdown. I carried on surfing as normal.

When lockdown hit, surfing changed overnight, particularly for those honest enough to abide by the rules. With only two hours permitted outside the home, and with a 25 minute drive to the beach and same back, I studied charts and tides meticulously to ensure I picked my surfing times when there would be the optimum conditions on any given day.

As coronavirus numbers grew steadily, and the island was to see its first deaths, I became more cautious and started surfing more remotely, keeping away from the main breaks. I also favoured surfing early on crowd beating dawnies.

Deeper into lockdown, tensions started to build amongst the surfing community. The weather had been amazing, with daily, clearer then ever, blue skies, thanks to the forced lack of man made pollution, and with gyms, pubs, restaurants, offices etc., all forced to close, the general public started flocking to the coast in their thousands for their two hours ‘exercise’. As a bonus, the island was also blessed with a steady run of consistent and at times excellent surf. There is no doubt that at times it was as busy as the beach ever gets. It felt like every old surfboard stashed away in the back of garages and outbuildings had suddenly been dusted down and waxed up ready to hit the surf.

Behind the scenes, much work was done by the Channel Island Surfing Federation, of which I sit on the Exec Committee, to try and promote safe surfing, and to send out a message to authorities that the surfing community were proactively being responsible. With the assistance of the excellent Freevibe magazine, the Channel Island Surfing Federation, with the green light from the authorities, launched an awareness campaign using the phrase ‘turn up, surf, leave, stay safe’.

It was clear though that many surfers were blatantly flaunting the lockdown rules, with many surfing twice a day on the two daily tides, and one particular group of, I have to say selfish, competitive surfers being particularly blasé about it, even openly boasting about surfing 4 times a day.

To be honest, at times I found the crowds and lack of consideration by some disappointing. On at least three occasions I turned up for a surf only to find it so packed with crowds of people openly breaching social distancing rules, that, with my underlying condition, I didn’t even feel safe to get out my car, so I drove back home again. I was also stopped a number of times by the Police and questioned about my movements, which in turn meant I couldn’t risk heading out again for a second look at a quieter time, if I couldn’t get in first time of checking.

Some peoples blasé approach to the two metre social distancing rule, proved to be particularly annoying. On one occasion with a powerful long period swell running, I decided to head to a reef that nobody ever surfs for that particular reason; in fact I’ve never surfed it with another person since the early 1990s. I got changed and was just about to jump in, when four vans rucked up, parked right up tight alongside me, and jumped out without even the slightest respect for giving me space.

By the time I had ridden my second wave, they were all paddling out together in a tight bunch and heading straight to where I was sat in the very narrow take-off zone. I just felt my private space invaded at a time when we were supposed to be distancing. To be fair to the guys, one of them did apologise and asked if I minded them being there; however, I was hardly going to order them out the water.

The surfing vibe became different too. It was sad not being able to shake hands or laugh and joke up close with mates; definitely no man hugs or head-locks. We found ourselves having these bizarre conversations whilst spaced out at distance across the car parks; car parks in which everyone had also parked further apart than usual, leaving extra gaps for people to change safely. In the line up too, I found myself rudely paddling away from people who were paddling over to chat to me. It was awkward at times saying to long time mates things like ‘I don’t want to be rude, but I want to keep distance from you’; I did let them know I had an underlying condition though, so hopefully they understood.

I remember one time I passed my board up to someone when I climbed a seawall. The first thing I did when I reached my car was sanitise my hands because someone had handled my board. To me this was the saddest part of surfing through lockdown, having to distance yourself from your long time mates and treat even them as carriers of a potentially deadly virus.

We were the lucky ones though, as many of my friends live in countries where surfing was banned full stop for several weeks, or if they lived in countries where surfing was still permissible, they were banned from travelling or driving even short distances to reach the coast, meaning only those blessed enough to live right next to the surf could still go in. I even received abusive messages from surfers I felt were envious of us, after putting up an Instagram or Facebook post about the surf, or when sharing the ‘turn up, surf, leave and stay safe’ campaign. I was accused of being irresponsible; however, at all times I was probably one of the most cautious around for fear of catching the virus with my underlying condition, especially as during the early months of the pandemic very little was know of the virus and much was said about the risks to those with respiratory conditions.

After a run of particularly good waves, tensions turned more into anger against those surfers who were blatantly breaching the stay at home rules. These surfers were perceived as putting everyone’s chance of surfing at risk due to their selfish actions, particularly as it was well known that the Police and other local authorities were closely monitoring the surf spots and car parks; in addition some other sports, who weren’t permitted to continue, started publicly pointing their fingers at us too. The Channel Islands Surfing Federation rose to the challenge and did all it possibly could to proactively encourage surfers to abide by the rules. I don’t think surfers will ever realise how much hard work went on behind the scenes, particular by the Federation’s President who worked tirelessly to enable everyone to keep surfing.

Then just as anger appeared to be coming to a head, the government relaxed lockdown to four hours outside the home, shortly followed by no restriction at all.

At the time of writing Jersey is effectively in the final stages of lockdown measures with most things back to what is being termed ‘the new normal’. The one part of surfing that looks likely to suffer for many months to come though is surf trips. I have already cancelled two surf trips and have another two trips scheduled late 2020 and early 2021 that are already hanging in the balance.

Nobody can predict what is going to happen, so we just have to hope we can come out the other side as quickly and as healthily as possible. When we look back in the future, I’m sure there will be many tales to tell about the time we surfed through the pandemic. 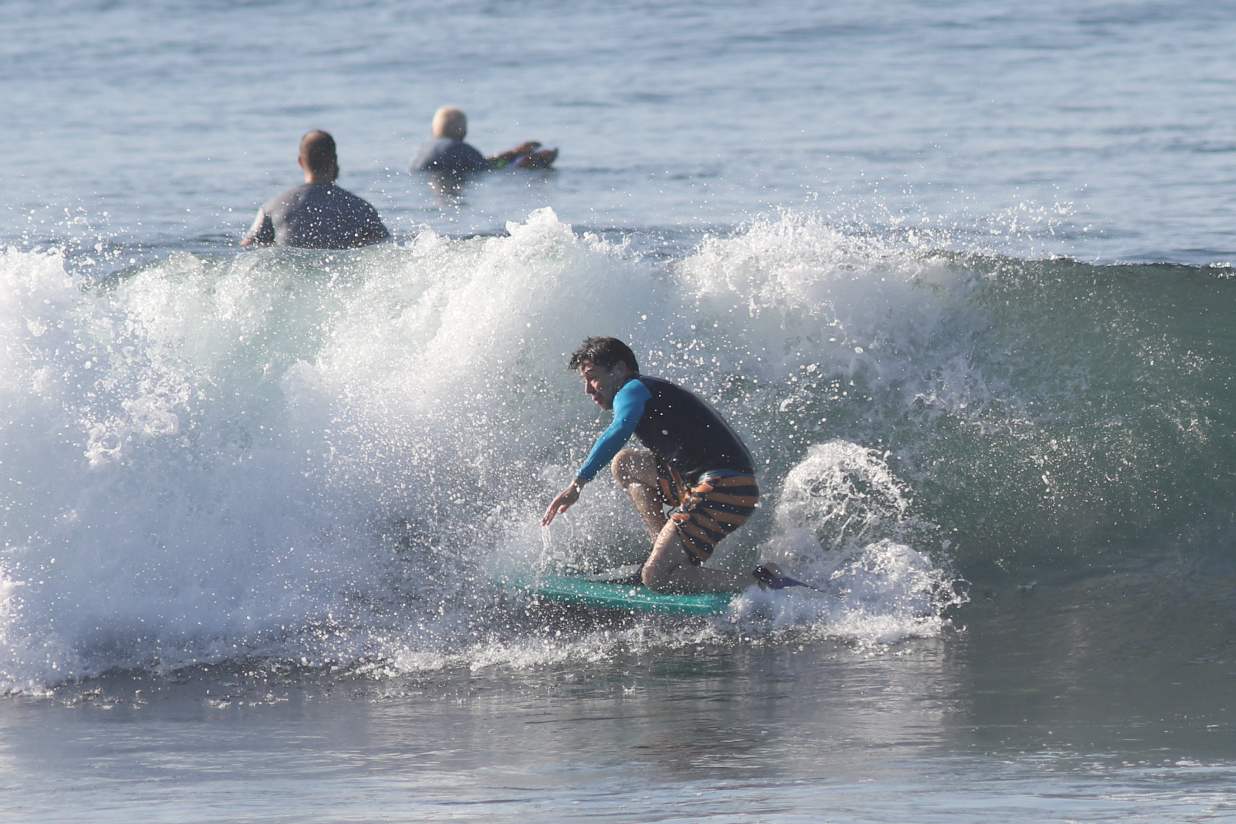 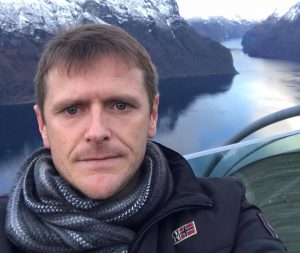 The Radius – Q&A with Clint Loake Hi, welcome to jerseybodyboarding.com. This website is all things bodyboarding. Based in the small Channel Island of Jersey, 14 miles from the French coast and 100 miles south of the UK, I've created this website to feature a variety of bodyboard related content, with the core centred around the local bodyboard scene. Hope you enjoy and don't hesitate to get in touch! Cheers Colin